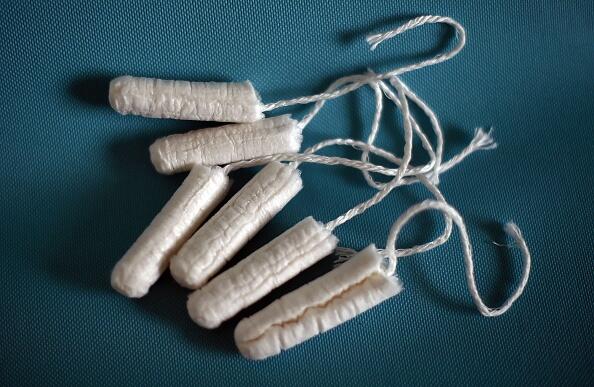 It's not what you think. In case you missed this in Anatomy 101, menopause is something most woman will have to go thru one day. Apart of going through menopause ais sudden menstrual flow. Some woman  have a flow so heavy that when it starts suddenly, you may have leakage or "accidents" that bleed through your clothing. Periodically requiring you to of course go to the bathroom, change or even go home. This poor woman who was going through pre-menopause was actually fired from her job for having too many "accidents" at the job.

A woman in Georgia is suing her former employer after she was fired, allegedly for two period leaks that occurred as she was going through pre-menopause.

Alicia Coleman worked as a 911 call taker at the Bobby Dodd Institute in Fort Benning, Georgia, which helps people with disabilities, for almost a decade before she was fired in 2016. According to the American Civil Liberties Union of Georgia, Coleman was fired for “experiencing two incidents of sudden onset, heavy menstrual flow, a symptom of pre-menopause.”

“I loved my job at the 911 call center because I got to help people,” Coleman said in a statement shared by the ACLU. “Every woman dreads getting period symptoms when they’re not expecting them, but I never thought I could be fired for it. Getting fired for an accidental period leak was humiliating. I don’t want any woman to have to go through what I did, so I’m fighting back.”

The ACLU and its co-counsel, Buckley Beal LLP, argue that her dismissal was a violation of Title VII of the Civil Rights Act, which prohibits discrimination in the workplace based on the employee’s sex, and includes “pregnancy, childbirth and related conditions.”

“Employers have no business policing women’s bodies or their menstrual cycles,” the executive director of the ACLU of Georgia, Andrea Young, said. “Firing a woman for getting her period at work is offensive and an insult to every woman in the workplace. A heavy period is something nearly all women will experience, especially as they approach menopause, and Alisha was shamed, demeaned and fired for it. That’s wrong and illegal under federal law. We’re fighting back.”