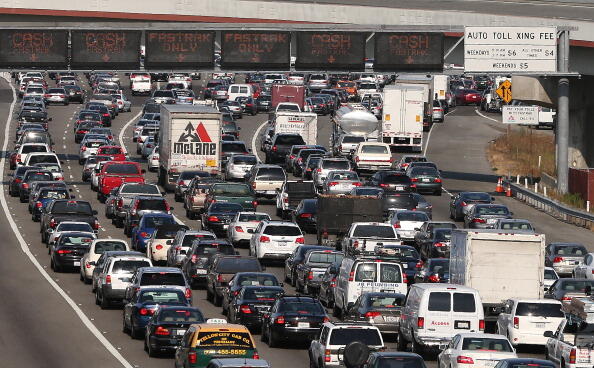 With all the cameras at toll, i'm sure they will probably get caught real soon.

According to CHP, the robbery occurred around 4:00 a.m. when two black men, wearing blue or purple latex gloves, pulled up to a toll booth and demanded money.

The suspects were traveling in a black Mercedes S550 sedan with paper plates and distinctive chrome accents added to the vehicle, officials said.