It's always exciting to see Bay Area artists thrive and grab the attention of music lovers who aren't tapped into the music scene here. That's why I jumped at the chance to share this VICE profile of Bay Area rapper Saweetie.

Saweetie is featured in VICE Magazine's 2019 Profiles Issues, which zeroes "in on the underrecognized writers, scientists, musicians, critics, and more that will shape our world next year. They are 'the Other 2020' to watch." This is an important concept as many of today's bigger publications tend to highlight figures that are already receiving attention and accolades. And as we know, especially here in the Bay, real change happens underground.

In her profile, Saweetie talks about how growing up in the Bay Area influenced her work, something she's been ruminating on since she started doing interviews. She claims she never knows how to properly answer it, but I think she hit it right on the nose.

"Bay Area people are really into being unique," she said. "We're into being creative and coming up with our own ideas. We're hella fly and down-to-earth. So I feel like that's [the energy] I bring from just being from there. I reference Mac Dre in "My Type," just taking dope lines and dope ways from the greats of the Bay. I think that's where I grab my influence from."

The interviewer goes onto agree with the rapper saying, "...no one in the Bay really cares about what's trendy, or cool in the mainstream."

Check out the full interview and let it get you excited about the future of Saweetie's career! 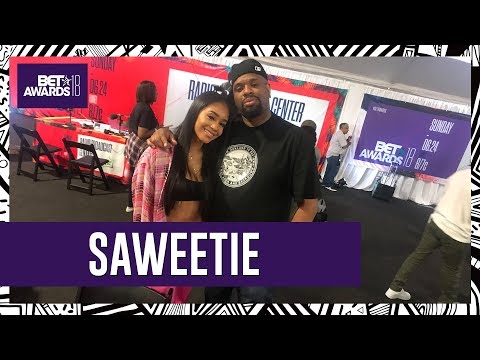 Saweetie talks with BIGVON at the BET Awards 2018 Radio Room!

Today the gang ask the question! WHO REPORTS ON TMZ!?!? Since TMZ reports the private business of the whole world, Who reports on the dirt going on inside the TMZ...

Just when we you think it couldnt get more raw!! I was invited to the Sexy Side Of Size to talk about sex and wild lifestyle. And let me tell you this is the battle...

Ep - 91 POWER Why Does DC hate Tasha So much

Power is Back!! But seems like DC has a problem with Anybody on Team Tasha. Is Tasha the reason for all the bad that has happen on the show these past 5 seasons? DC...

After a long season of greatness, We fight to see if we got what we wanted. And argue bout all that we wished happened. " Where is the Rue/Jules Sex Scene Dammit"