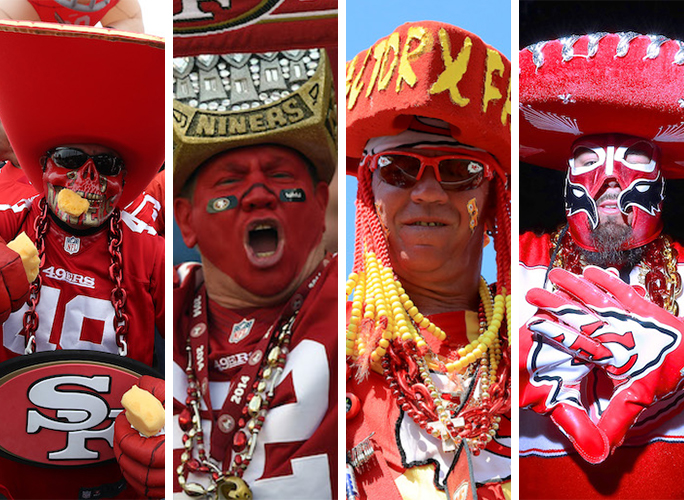 Super Bowl Sunday LIV will see the San Francisco 49ers and Kansas City Chiefs face off against one another for one of the biggest titles in American sports history. However, the competition will spill beyond the field of Miami’s Gard Rock Stadium and onto the bleachers. While the players go head-to-head during the game, fans of the teams will be on the sidelines, rocking their team colors and cheering on their faves. Who will take home the win? We’ll have to wait to see on Sunday, but in the meantime, scroll on below to see just how hard their fans go! 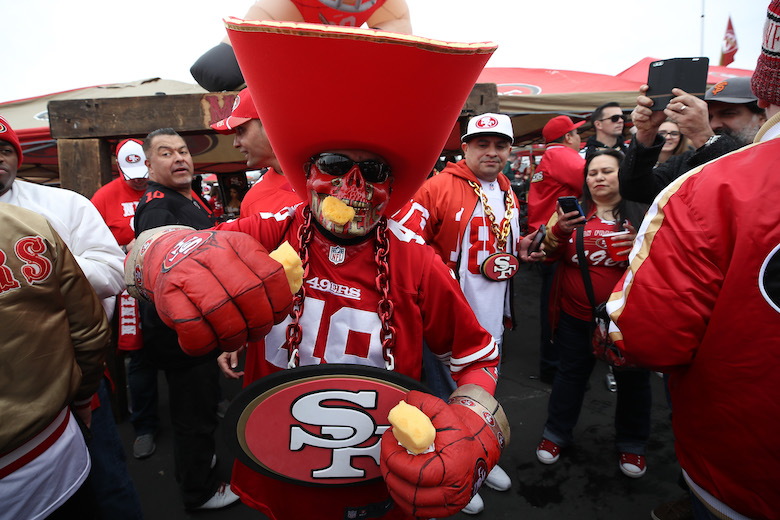 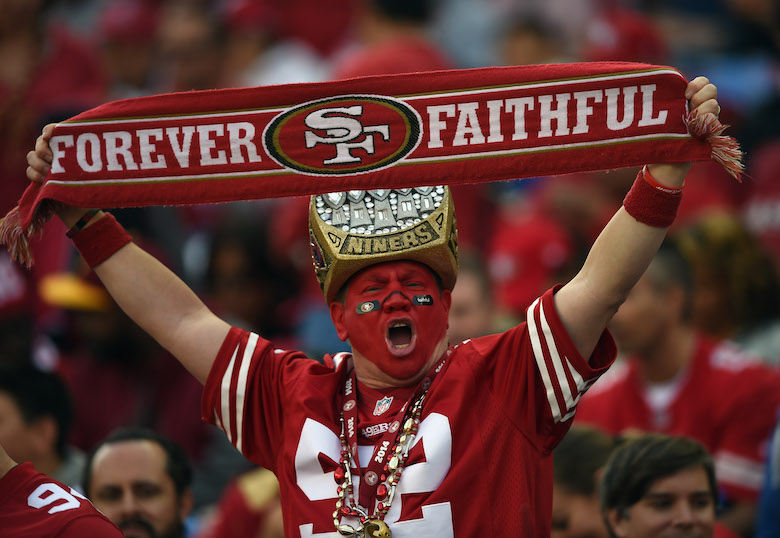 So faithful, he even put a ring on it. 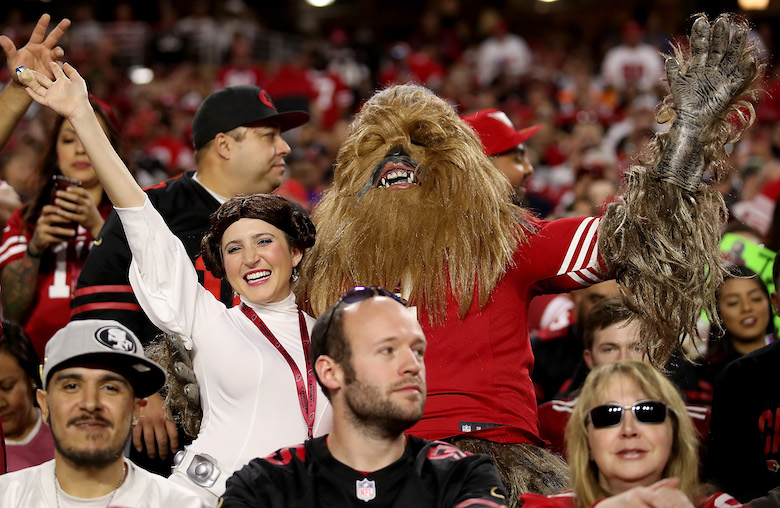 From a galaxy far, far away. 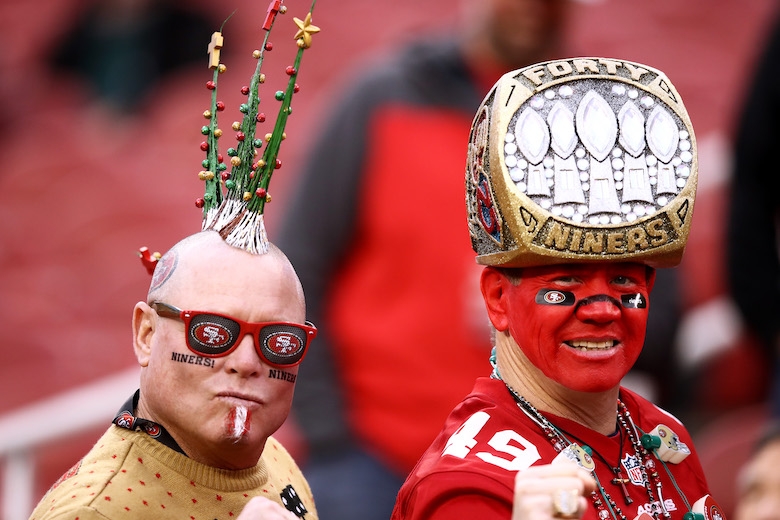 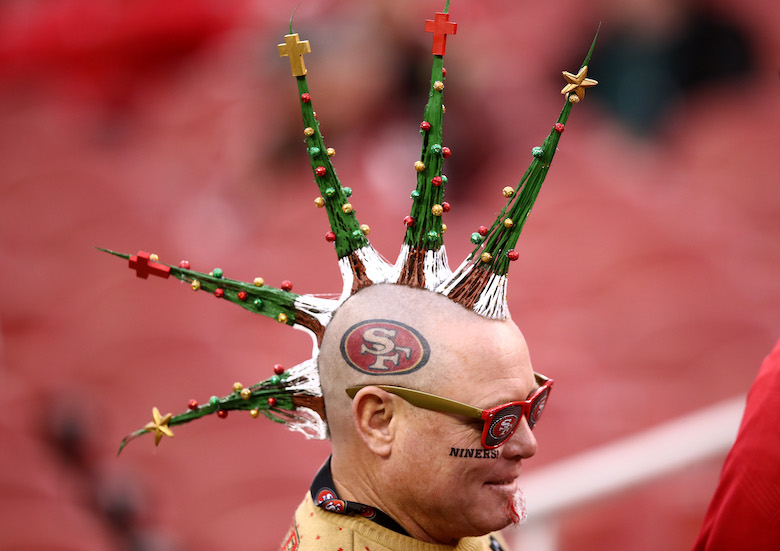 So punk rock, you need to admire from this angle. 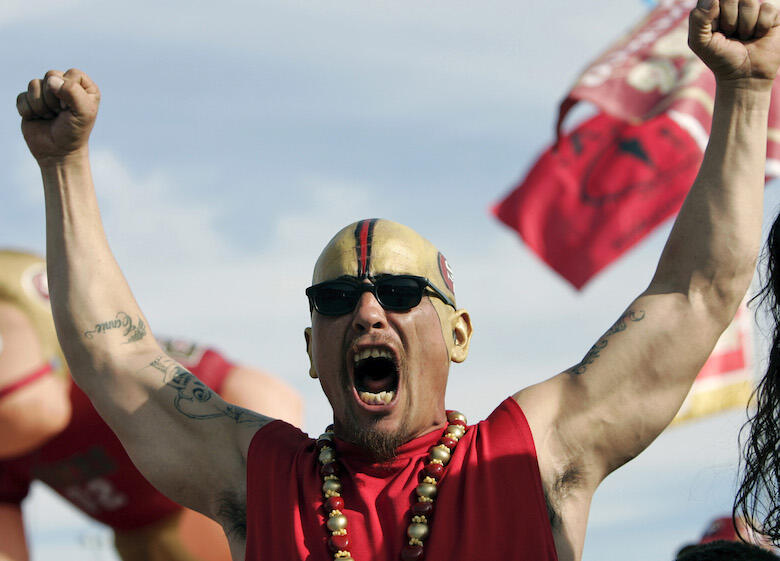 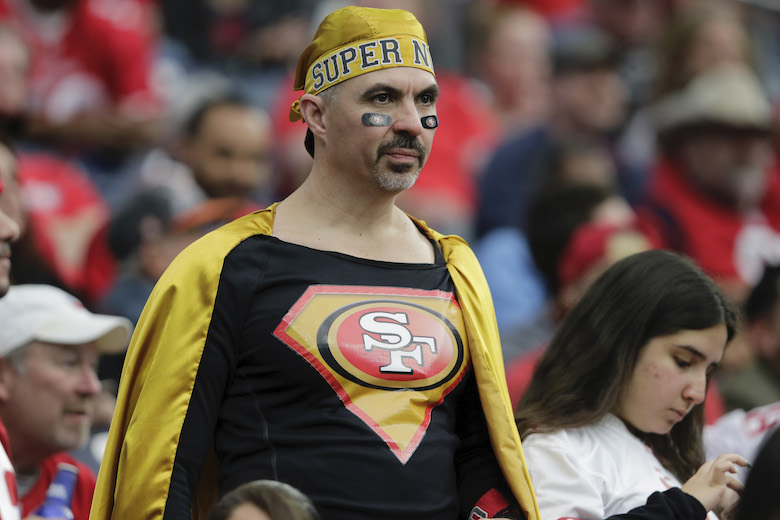 He came to rescue the team spirit. 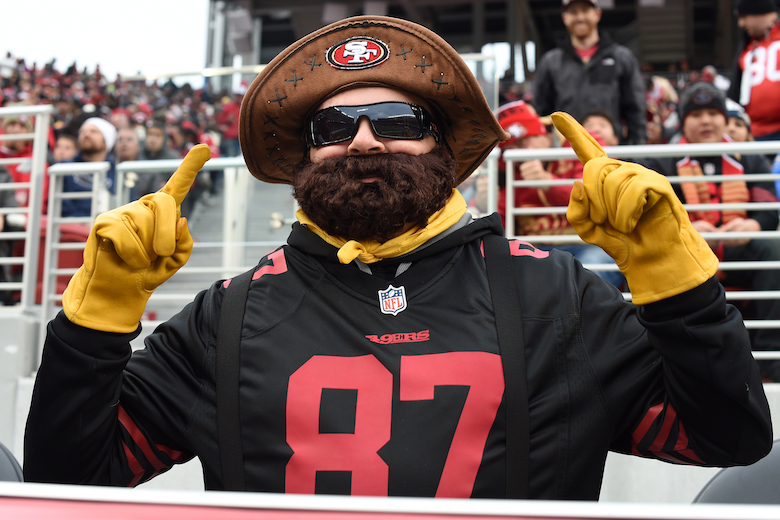 Don't be fooled by his beard. 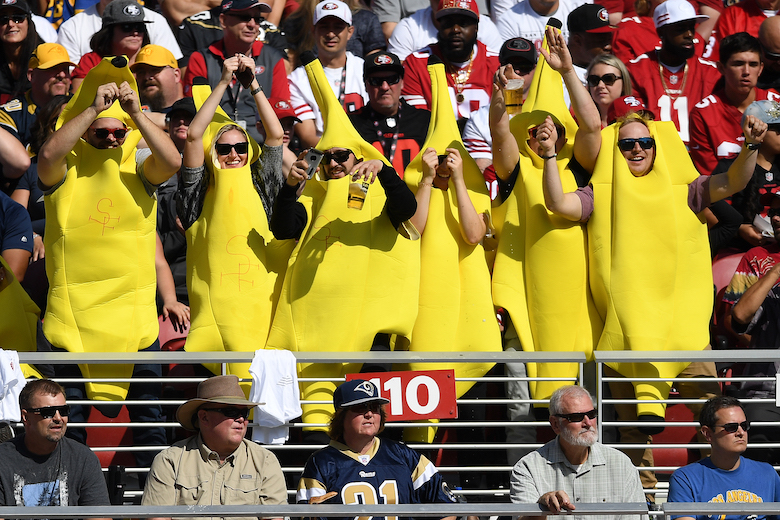 Every team needs a couple of dancing Bananas in the stands! 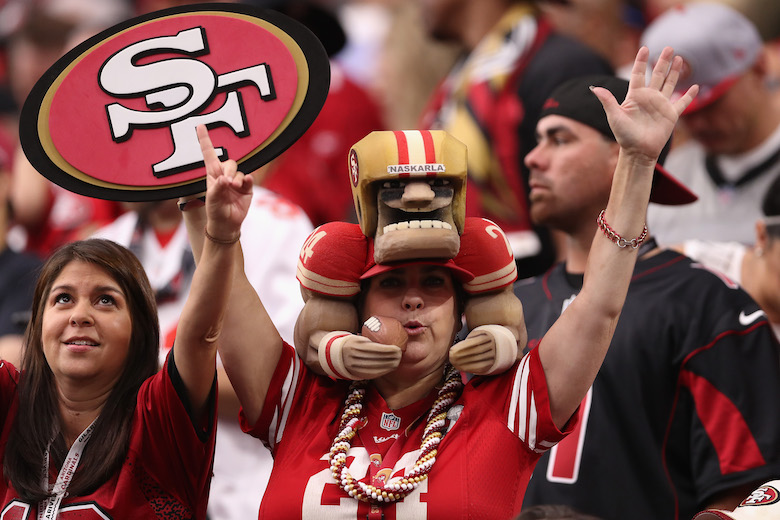 She's got the team on her back. 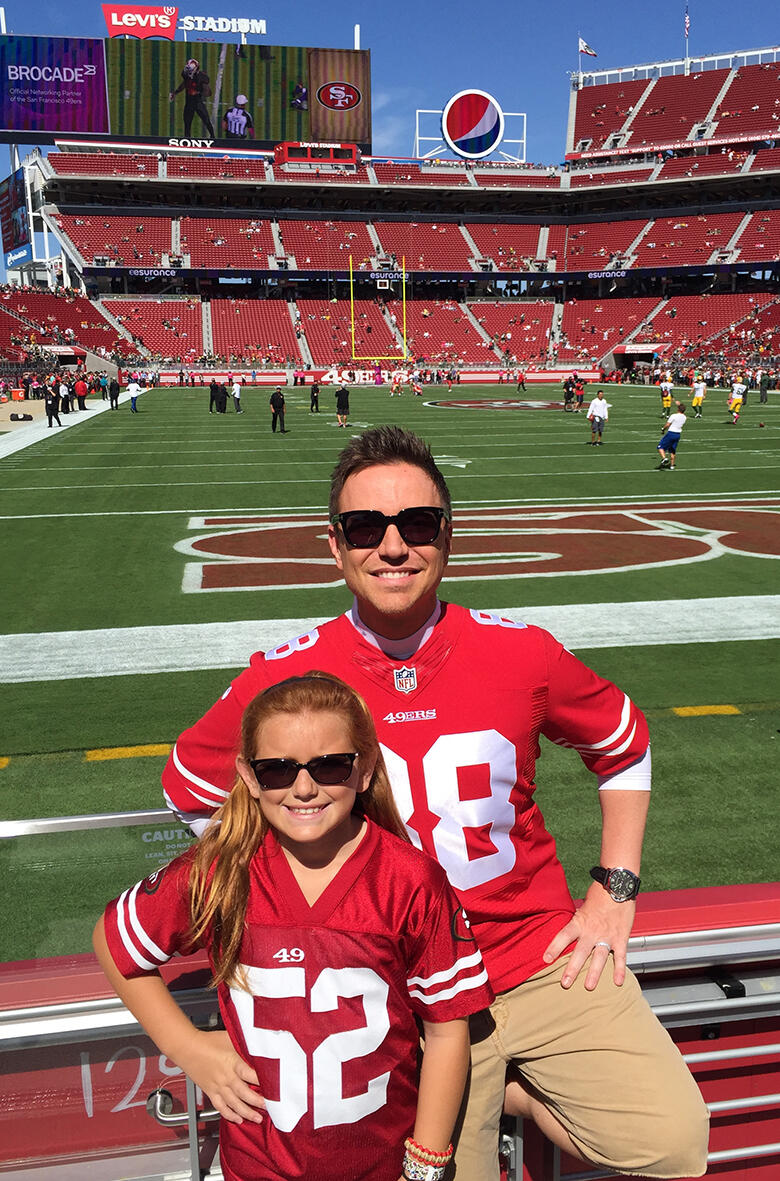 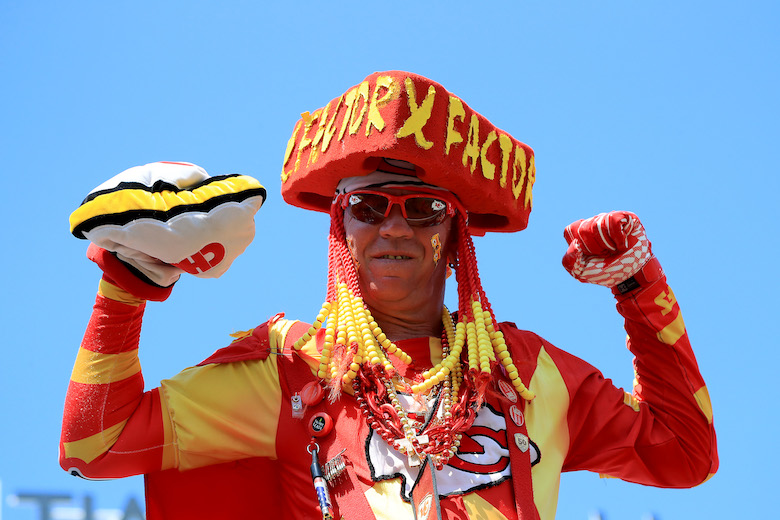 This fan's calling like it is, his team's got the X factor. 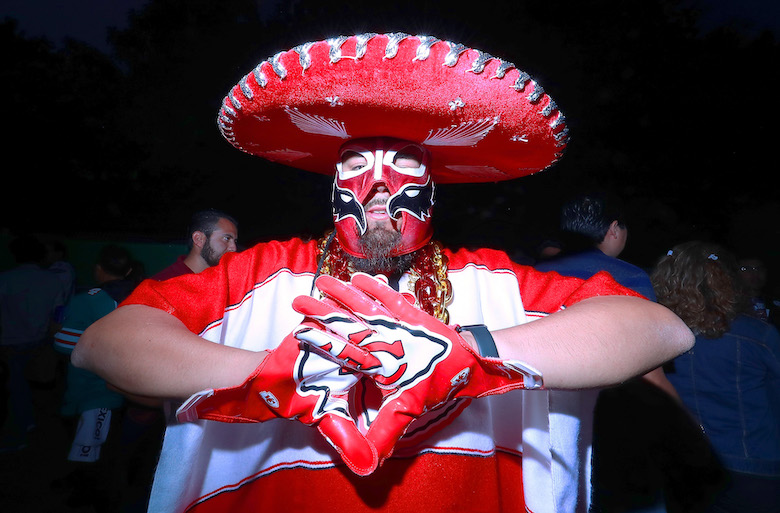 Put your hands together! 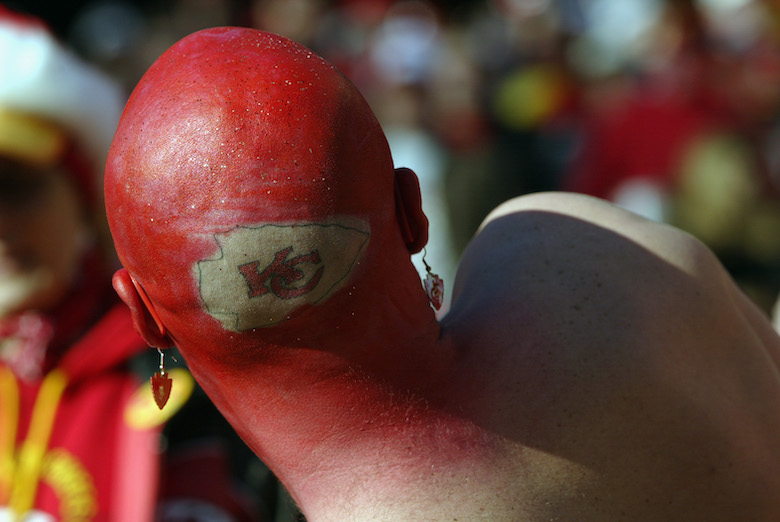 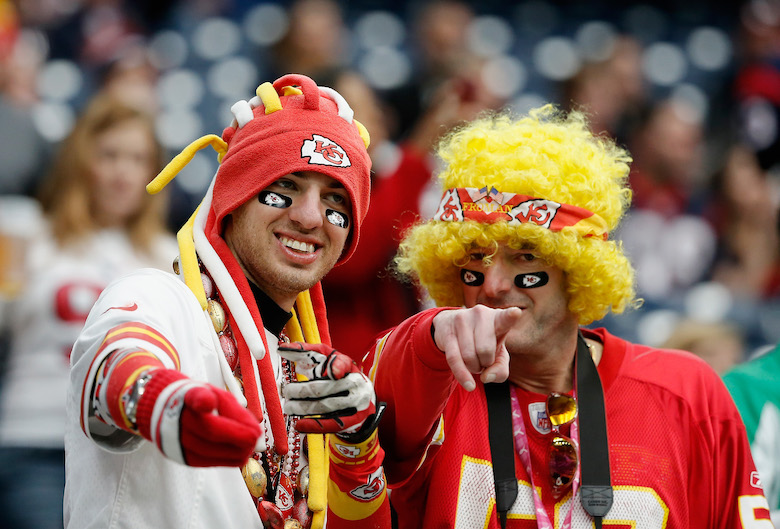 Are you really having fun if you're not wearing a wig?? 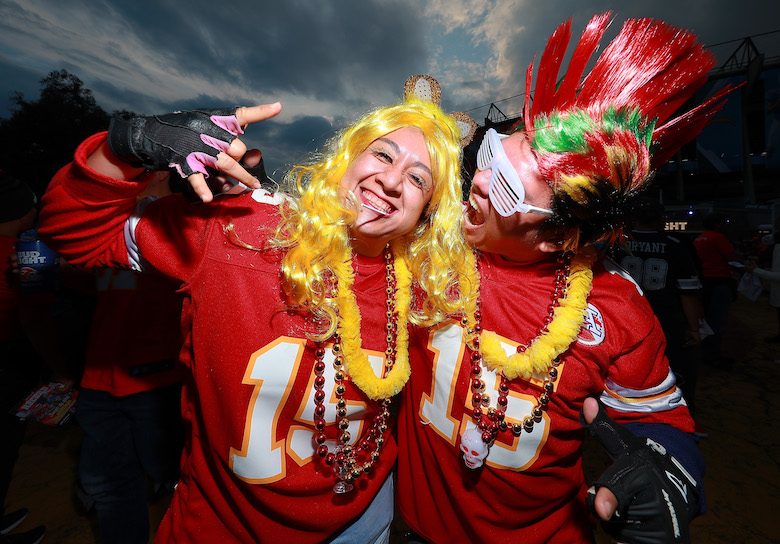 She's bringing the shutter glasses back! 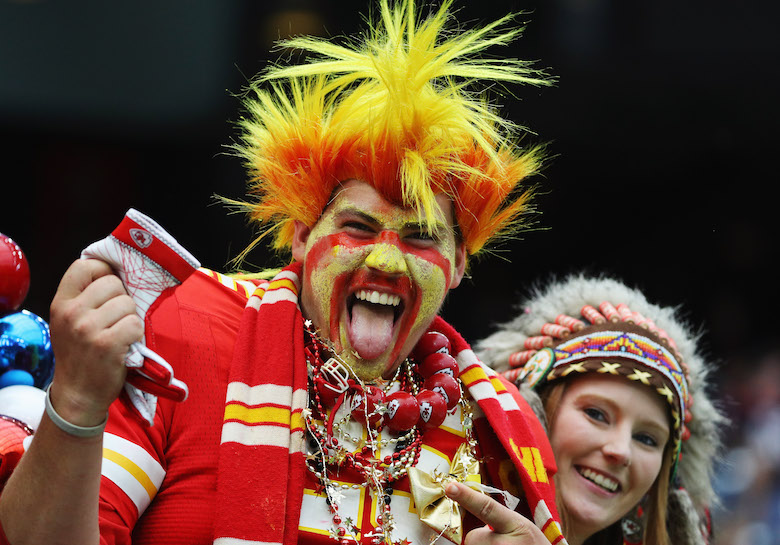 Big fan of this hair and face paint combo. 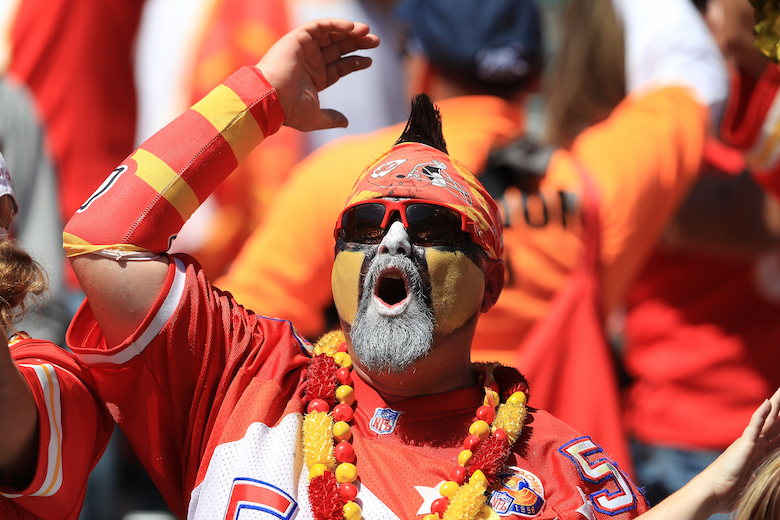 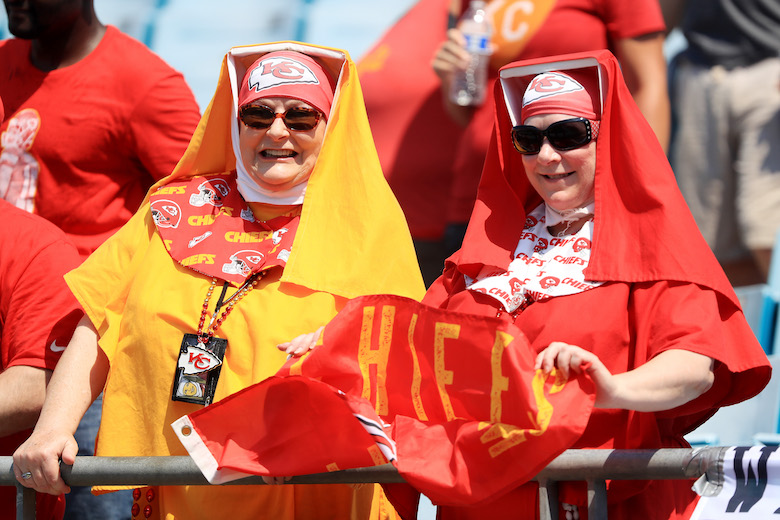 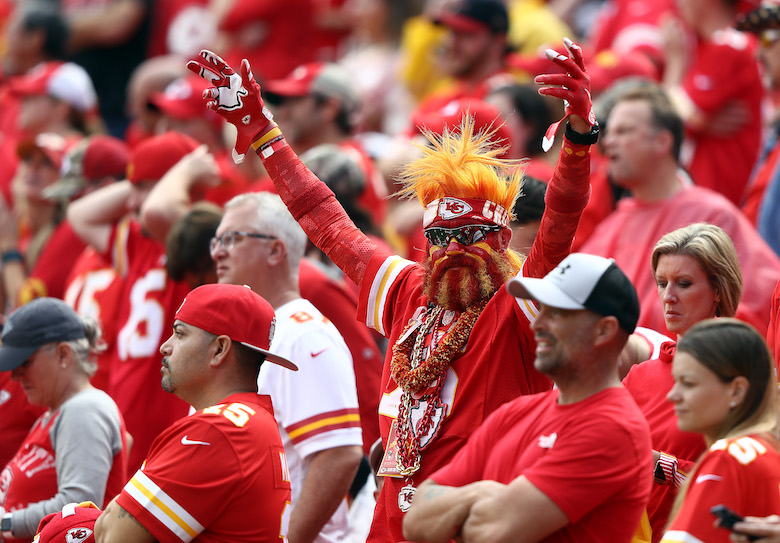 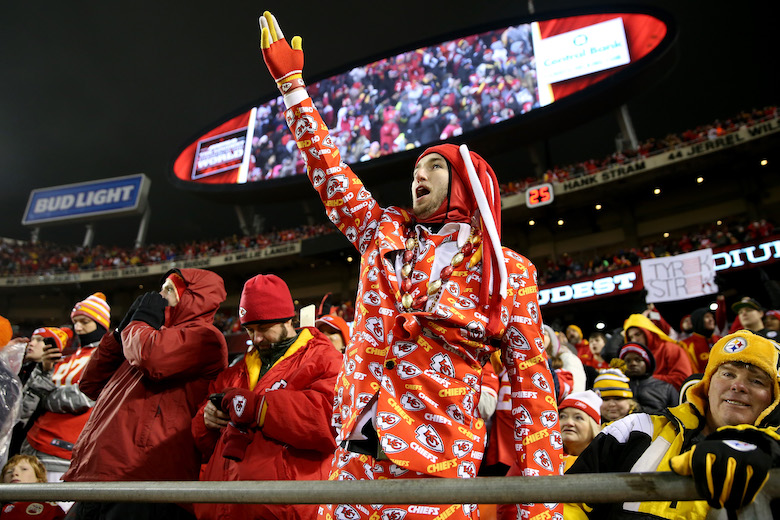